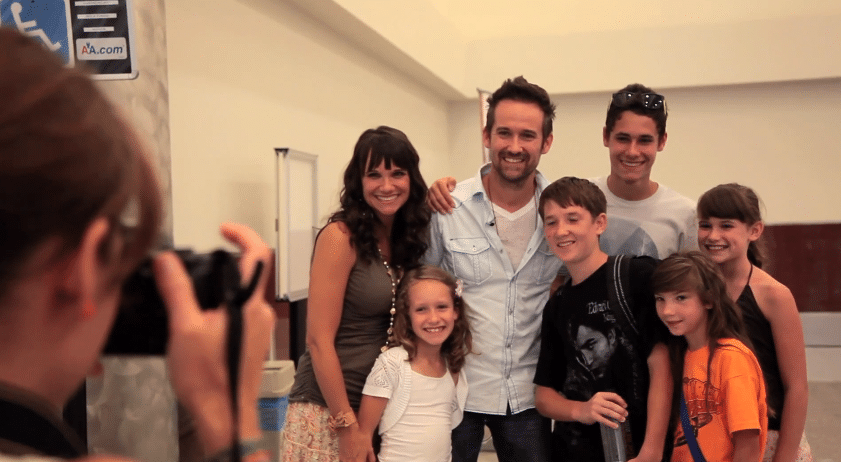 Christian Recording Artist, John Wallers’ latest release “Orphan” is a celebration of Hosting and Adoption.  John’s and his wife Josee’s hosting and adoption story is not only heart warming, it is inspirational to all.  It reminds us that we can always do more and there are still so many orphaned children in need of a loving family.  Please host an orphan child. It will change your life – and an orphans too!

Click here or at the bottom of the page to view John Waller’s incredible new song and video “Orphan.”

Click to right to view Press Release – “Orphan Music Video Raises Awareness of the Plight of Orphaned Kids Caught Between Adult Battles, and One Organization That Helps!

Four Weeks Can Save Lives 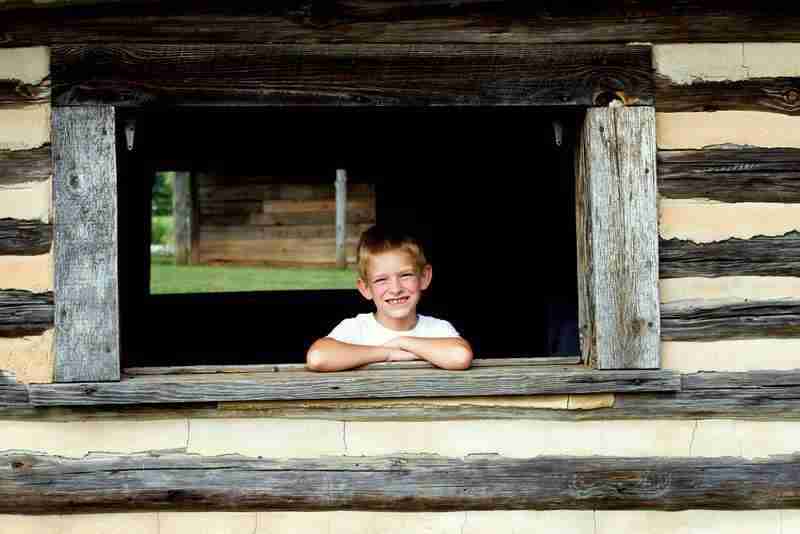 “The hardest part of being an orphan is trying to remember… trying to remember how everything happened, but it just went by too fast. I sit up at night sometimes trying to put the pieces together, but it’s like putting together a puzzle without the picture on the box… I can only remember bits of my old life, a flash back here and there, but it doesn’t feel real. It doesn’t feel like my life, or anything connected to me.

The more I remember the more alone I feel.

No longer an orphan. For the first time, in my life, I had parents. And I know that some people will say that it doesn’t change anything, but for me it changed everything. Because that was who I was. And that’s no longer who I am.

I can still remember that moment the night before we met. That night, the last night that I was an orphan. I remember me sitting on the porch steps outside the orphanage, doubled over and crying harder than I’ve cried in a long time. Because I was so glad to say goodbye to that part of me. That moment made me happy, and has made me happy ever since. The amazing thing is, I’ve had a chance to say hello to something better, something wonderful… Did it change my life? For me – it changed everything… inside and out.”

Do You Have Hope To Give?

The name “orphan” itself evokes sorrow and sympathy. A baby without a mother… there is no sadder thought. Like the story above, these two beautiful girls live an awful, lonely, and dejected life. They are not blind to the fact that they are orphans. They do not daydream about kings and queens, castles and crowns. They daydream about the day they will have a normal family.

not fully understanding how, but trusting it would be provided for.

We had quite possibly the most unique hosting situation ever…

In January of 2011, someone in our church walked up to me and handed me a folded check.  The only thing they said was, “This is a seed for your adoption.”  I was dumbfounded.  We had told no one we were even praying about adoption.  As much as we desired to bring a fatherless child into our home, we knew it was not financially feasible.  That very Sunday, the sermon was about Jesus feeding 5000 people with five loaves of bread and two fish.  We felt strongly the Lord was speaking to us about supernatural provision.  He took the “yes” in our hearts and showed us the way to walk it out.

We began looking into domestic adoption.  Somewhere in the process of completing our domestic home study, we came across the P143 website.  I had never even heard of hosting.  We felt drawn to Latvia and our adoption path took a turn.

Our first hosting was in the summer of 2011.  The girls were lovely and we had a fun summer, but they were not interested in being adopted.  Knowing we were called to adopt, we hosted again in December of 2011.  We chose two sisters but later received the information that something had happened and they were no longer available for hosting.  We were actually in the car, on the way to get documents notarized, and we prayed. A van pulled up behind us with the license plate that read, “His Kids.”  We strongly felt the Lord wanted us to trust Him in this and so we called P143 back and asked who really needed a family.  The children they told us about were two brothers my children had pointed to first when we viewed the photo listing. The boys had been through a lot in their lives and when they arrived, their behavior was a clear reflection of those wounds.  They were aggressive towards us and our children.  They threw tantrums daily.  Through it all, we questioned if we had done the right thing.

Eight days after arriving, one of them broke out in chicken pox.  We were a contagious house for weeks and two other children became infected.  This obstacle actually became a blessing.  Since chicken pox is still considered a serious childhood disease in Europe, the Latvian orphan court allowed them to stay with our family when the host children returned since they were still contagious.  Ten weeks after they arrived in our home for hosting, we were standing with them in a Latvian orphan court on our first trip in the adoption process.

We have been a forever family now for two years.  The boys immediately grew in body and health.  And we all continue to grow in many ways, yet it’s hard to pinpoint specific areas of transformation since we are in the thick of raising them.  Even though the transition has not been easy for any of us, these boys seem like they were always meant to be in our family.  They bring a dynamic that none of us can imagine not having here now.

However difficult, we are all forever changed.  We have been given hearts for the orphan… and have been taken captive by another.  This time we are hosting a sister… younger to some and older to others.  Everyone is ready to give up whatever needed and to do what it takes to get her here.

Hosting and adoption is a journey.  It takes a lifetime to understand all the dynamics of history that arrived in the luggage of these children.  Only Jesus can heal all the wounds inside them.  And we get to be a part of it.

My son is 8 years old today and he is growing up too fast. I want to share our story and a little about our past. The way I became a mother is not like most others you meet. My One World Adoption agent emailed me a picture of my boy from the photolisting of Project 143’s Orphan Host (HOPE) Program. Most mothers proudly display the sonogram picture of the first glimpse of their child, but I consider this photolisting picture as my sonogram picture of my boy with a big wide smile.

A Forgotten Orphan – Finds Her Connection

A Change of Heart

As I watched 15-year-old Diana sit on my very tall Thoroughbred horse–a horse she was intimidated by but that she wanted to ride–I saw both willingness and determination. It was
a small glimpse, but an important one. Seeing those traits would help me reach her through some tough moments.

Last month, I shared about an adventure my family was entering. We hosted an orphan from the Eastern European country of Latvia in our home for five weeks.

It was hard. It was beautiful. It was transforming.

It was hard because our host daughter has spent most of her life in an orphanage. Ideas, thoughts, behaviors that I teach my children (ages 10, 6, and 3) throughout the days and years have never been shared with her. And the hurt she has experienced was almost tangible at times.

It was beautiful because we were able to see her have a chance to be a child, to be safe, and to relax. We were able to watch her let her guard down, slowly, and accept that we cared for her. We watched her smile changed from cynical to sincere.

The Mission of Project One Forty Three – The Forgotten Orphans

Have you ever had a moment in which you knew you had to act? Have you had an event or situation that pulled you to take a leap of faith?

Life is often ﬁlled with these moments. Some are big, some are small. Some we can see the impact. Others we will not see the effect of our decisions and actions.

This past spring, our family had one of those moments. We saw a picture of a teenage girl–an orphan–from Latvia. She dreamed of riding horses and being in a family.

Christian Musician (and Dad) John Waller visits The Bridge Studio to talk with Bill Sammons and Denise Harper. Listen in as they discuss his family’s journey of adoption, God’s faithfulness, living a life of ‘Crazy Faith’, and John’s plans for an upcoming album.
This exclusive interview can only be heard at 88.7 The Bridge.
Play: https://www.887thebridge.com/play/113-john-waller-on-adoption-albums?tmpl=component
Date:Tuesday July 30, 2013